Naples Florida has over 450 separate neighborhoods (Naples Community List), that started as construction projects by developers. Many of these developments have multiple subdivisions, and each subdivision is governed by its own separate set of Homeowner Association (HOA) or condo association rules. There are over 1,000 subdivisions in the Naples area

For example Pelican Bay, one of Naples largest developments, both in area, population and the number of homes, has 83 separate subdivisions. They include high-rise buildings, single family homes, duplexes and various condo communities, all governed by their own set of rules. 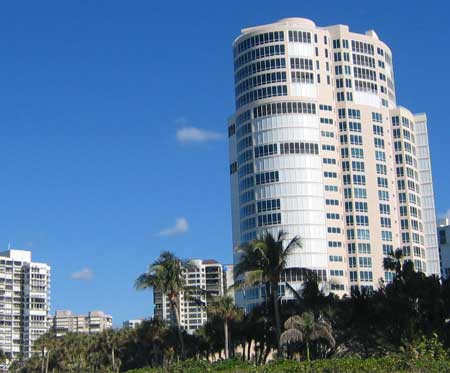 On beach or within walking distance

Where residents must be a member.

Within walking distance to shopping

Most of the Naples area is rural